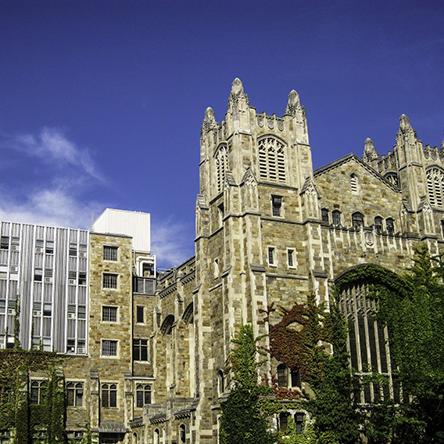 The Michigan Center for Early Christian Studies co-sponsors with the Department of Middle East Studies education and other events around cultural programs at the University of Michigan and at other locations across the State.

Mendelssohn’s Elijah in Context. Saturday, February 14, 2015: A panel of scholars (Professor Gabriele Boccaccini, Professor Shelley Perlove, and Professor Ralph Williams) presented lectures about the Biblical character Elijah and the art his story inspired, including Mendelssohn’s epic oratorio. The panel was presented prior to the University Musical Society’s performance of Mendelssohn’s Elijah.

St. John’s Passion in Context. Tuesday, March 15, 2016: A panel of scholars (Professor Gabriele Boccaccini, Doctoral Candidate Deborah Forger, and Professor J. Harold Ellens) discussed the character of the text and other elements of Bach’s St. John Passion, examining the nature of the text, controversies about anti-Semitism in John’s text, and the importance of the text to Christian origins. The Passion panel was followed by a performance by Apollo’s Fire in St. Francis of Assissi Roman Catholic Church.

Looking inside Handel’s Messiah: A Director’s Perspective. Saturday, December 3, 2016: The University Choral Union’s Director, Mr. Scott Hanoian, gave his perspective on the composer, the music, and the text. The public lecture was given prior to the University Musical Society’s performance of the famous oratorio.

Biblical and Classical Influences in the Bayeux Tapestry. Wednesday, October 3 & 11, 2017: Rev. Dr. Lynne Kogel spoke about the 1000-year-old embroidered account of the 1066 CE conquest of England by William the Conqueror of Normandy, sharing rare photography and intriguing insights into the origins of the tapestry and its connections to Biblical and Classical Greek literature. The free public lecture was given at the Villas of Holland Clubhouse, Holland, Michigan, at 6:30 PM on October 3, and University of Michigan’s Museum of Art’s Stern Auditorium on October 11.

Fortunate the Eyes and See and the Ears that Hear. Saturday, December 1, 2018: In the continuing lecture series preceding the annual performance of Handel’s oratorio The Messiah at Hill Auditorium, the Michigan Center again sponsored University Choral Union Director Mr. Scott Hanoian in a public lecture on a conductor’s perspectives in preparing and presenting Handel’s great work. Mr. Hanoian was accompanied by his wife, Meredith Hanoian, as he illustrated how a conductor approaches a presentation of Handel’s musical portraits of a libretto developed by Charles Jennens.

Recent Discoveries of Ancient Manuscripts. Monday, November 4, 2019, at the Herrick District Library in Holland, Michigan: The Michigan Center was pleased to sponsor a presentation by the Rev. Dr. Lynne Kogel, Visiting Scholar at the Department of Middle East Studies, University of Michigan, and emerita member of the Michigan Center Board of Directors. The Rev. Dr. Kogel gave a slide presentation of her investigations into the background and significance of four sets of ancient manuscripts important to modern scholarship into the origins and authenticity of the Bible: Codex Sinaiticus, Oxyrhynchus Papyri, the Nag Hammadi Library, and the Dead Sea Scrolls. She the provenance of each set of materials, the contents and canon, and the history and legacy of each. She presented photographs of the settings of each of the sets of manuscripts, as well as portions of individual manuscripts.

The Rev. Dr. Kogel repeated her presentation of November 4 in the Ryerson Auditorium at the Grand Rapids Public Library on Tuesday November 5, 2019. Her presentation Recent Discoveries of Ancient Manuscripts was well received by an enthusiastic audience of Bible study leaders, community members, and faculty and staff at local seminaries.

In the second of the Fortunate the Eyes and See and the Ears that Hear Michigan Center series, Mr. Scott Hanoian, Choral Union director and conductor of the 2019 University Musical Society presentation of G. F. Handel’s Messiah, presented another pre-concert lecture on Saturday, December 7, 2019. Mr. Hanoian gave a free public lecture on his perspectives in preparing and presenting Handel’s great work. Mr. Hanoian first described Handel’s life and early work as an opera composer, and then discussed his development of the oratorio form used in the Messiah. He presented a number of passages of the Messiah, accompanied by Soprano Meredith Hanoian and Tenor Shohei Kobayashi, as he illustrated Handel’s musical text painting of Charles Jennens’ libretto drawn from the Old and New Testaments of the Bible.

On Thursday, January 23, 2020,  the Center co-sponsord with the Department of Middle East Studies at the University of Michigan a lecture program Echoes of the Exodus in Dr. King’s Work. This event was presented in conjunction with the Unversity’s Martin Luther King, Jr., Day celebrations. It was a part of the Michigan Center’s series, A Celebration of Martin Luther King’s Biblical Legacy.  Two speakers , Dr. Brian Roby, Assistant Professor of Judaic Studies at the University of Michigan, and Dr. Aaron Chapman, Professor in Homiletics at Ashland Seminary. Dr. Roby , discussed Dr. King’s work from the perspective of Judaic understanding of the Exodus in the Bible. Dr. Chapman examined the pastoral and social implications of Dr. King’s use of Exodus imagery in his speeches. The talks in the Michigan Room of the Michigan League on the University of Michigan campus were followed by a light refreshments reception in the Kalamazoo Room across the hall.

The University of Michigan’s University Music Society developed an online holiday event, “Messiah Mixtape” December 6 through 31, 2020. This presentation by UMS Choral Union Music Director Scott Hanoian and Michael Kondziolka, UMS’s Vice President of Programming and Production, was a program watch party featuring favorite and memorable Messiah archival recordings, special performances from guest artists, and virtual choir excerpts pre-recorded by the UMS Choral Union. The UMS Digital Presentation was available online at no charge through the generosity of the UMS, the Patron Sponsor, the Carl and Isabelle Brauer Endowment Fund, and your friends at the Michigan Center.

Iin partnership with the Department of Middle East Studies (University of Michigan), the Michigan Center presented on February 25, 2021, an online lecture exploring the religious themes of the Detroit Institute of Art. Presented by Dr. Shelley Perlove, Treasures of Religious Art of the Detroit Institute of Arts introduced selected holdings in the collection, particularly diverse and ever-changing images of Christ and Mary from the 14th through the 17th century in Italy, France, Germany, and the Netherlands. Also discussed were the varied techniques employed by artists working with such materials as wood, marble, enamel, and of course paint. Dr. Perlove is Professor Emerita of the History of Art of the University of Michigan-Dearborn specializing in Italian and Dutch art of the seventeenth century.